The Fascist Architecture in EUR Neighbourhood 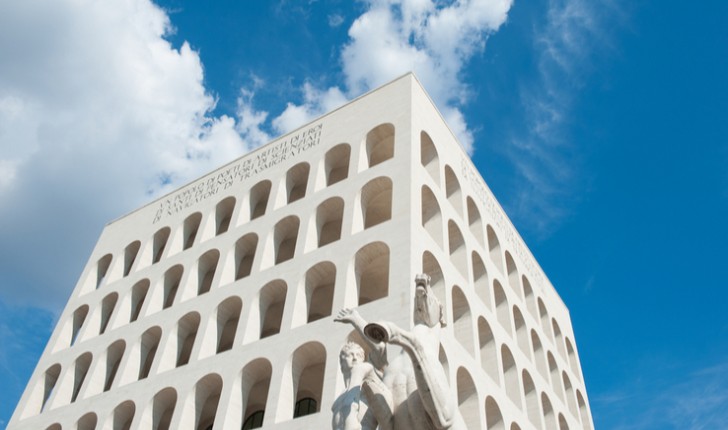 Visiting Rome, the all-time must see’s that everybody knows about are definitely the Colosseum, Trevi fountain and Spanish steps; well let’s say that The Eternal city is defined by its unique ancient and renaissance art. But what would you think if you found out that just 15 minutes by metro from the Colosseum you could find yourself immersed in what seems a different dimension?

This modern neighbourhood called EUR was totally built starting from the beginning of the 20th century planned by Benito Mussolini under the period of Fascism in Italy. Mussolini wanted to create a whole new Italian Empire based on modern times with a new idea of modern art based on fascism. 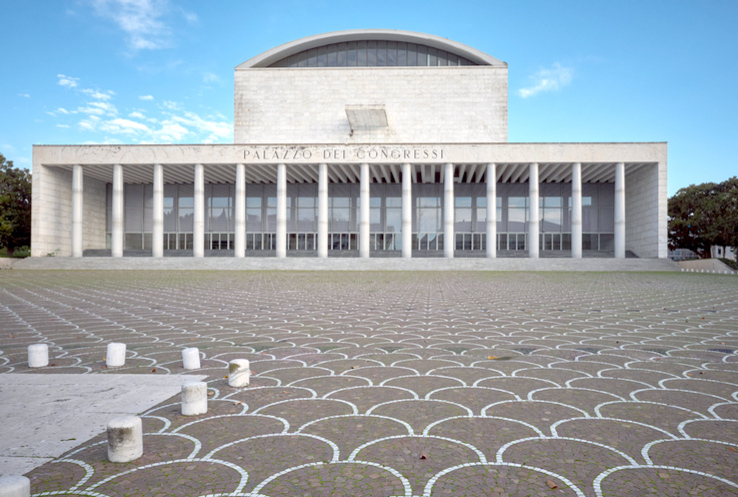 The EUR district itself was developed to be a world expo where Mussolini could “show of “what he thought were the glories of fascism and his idea of society; in fact, the name of the area is an acronym for Universal Exhibition of Rome (Esposizione Universale di Roma). The expo actually never happened cause of the World War II but throughout the years the buildings, piazzas and broad avenues were completed anyways.

The most representative Monument of this modern area is the “Squared Colosseum”! Obviously, it’s been named after the ancient Colosseum as it exposed multiple no-glassed arches, but it’s actually named “Palazzo della Civiltà Italiana” (in Italian means “The Palace of Italian Civility”). The interesting fact about the structure of this monument is that people believed that Benito Mussolini chooses carefully the number of arches on each level. In fact; The huge travertine marble building has 6 levels and each level has 9 rows of arches, supposing to stand for “Benito Mussolini“ that has 6 letters in his name and 9 letters in his surname. 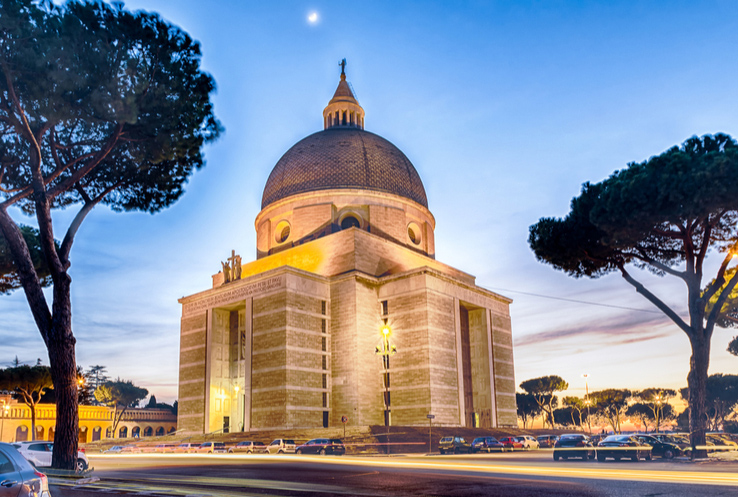 Another extremely famous building which stands to represent the most modern age of the ancient city would surely be the St Peter’s and Paul Basilica. A beautiful Basilica built in the late 30’s but open to public only after almost 20 years was dedicated to the Patrons of Rome (Peter and Paul) in the new modern area of EUR. It can be definitely seen by more views as it stands 72 meters high and has an amazing cupola with a diameter of 31 meters. The most unique particularity about this basilica is that it stands out by having to massive statues, one on each side of the building, representing the two saints: Peter and Paul. 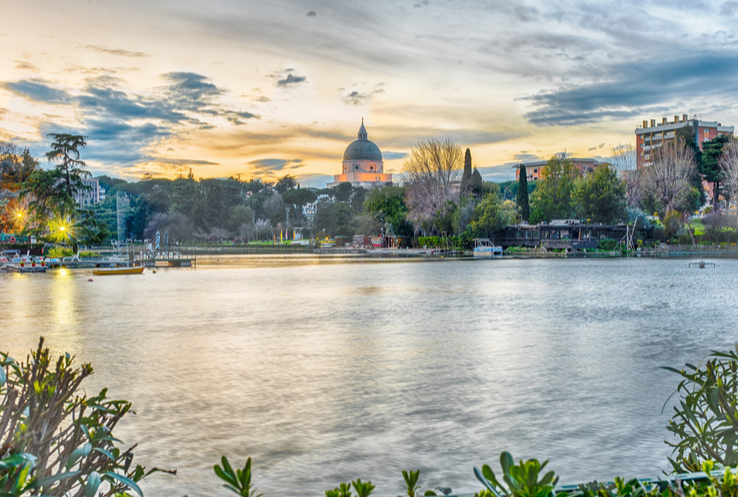 After getting the chance to visit these must-see buildings in Eur, take your time to enjoy the not so busy alleys, treat yourself to a gelato and why not have a stroll around one of Rome’s most popular artificial lakes. The EUR lake is surrounded by a nice quiet park that will give you that extra relaxing time that everybody needs after visiting the wonders of the Eternal city.

The VIP guided tour ensures fast entry into the Vatican Museums, Sistine Chapel, Colosseum, Palatine Hill, Roman Forum and other attractions while driving through the City in a luxury van.